Bob Marley was very serious about reaching the African American fans and, his message began to pick up steam in America’s African American community in 1979.  Marley had been popular with the white American fan base but the African American community  had long remained impervious to the impact of Bob Marley and Reggae music. All of that was about to change.  A series of legendary shows at Harlem’s Apollo Theater in 1979 coupled with the release of the militant Pan African oriented ‘Survival’, as well as an appearance at the Amandla Festival in the same year, began to elevate Marley’s reputation in the eyes of African Americans.  It is said there had not been this much excitement and energy in Harlem since the day’s of Marcus Garvey.  The Wailers were the first reggae band to play at Harlem’s famous Apollo Theater. 4 nights with 2 show played each night except the last night.All of the circulated (hope there’s more out there) shows that collectors have been blessed to enjoy all these years are now here in one place for the fans to enjoy.

BOB MARLEY had to change his approach. He had a virtual patent in the international arena on the stance of the mad-shaman reggae icon, the athletic Lion prancer and dancer. He was always a thrill to watch, but the danger that his moves would become too set, too predictable, was there.
So he has changed and the tone of his new Survival album – deliberate, taken at a slower, more considered pace, but full of thought and purpose– was carried into the performance. Marley played down the athletic display and instead emphasised the incredible expressiveness and control of his singing.
He was less the impassioned shaman and more the eloquent preacher. He has serious things on his mind and now, more than ever, he wants to be sure we get the message.
The setting of the Apollo Theatre, a Harlem landmark, is well chosen for Marley’s return after a year and a half absence. It’s small enough for his concentration on lyrical message and emotional subtleties to reach out and connect. The use of the stage set is effective, with three backdrops used during the show. The first is an Ethiopian flag, the second a portrait of Selassie I, the third a collage including images of Marcus Garvey, Selassie I and guerilla fighters. They don’t distract, but unobtrusively encourage a little thought about the political context in which this music is made. Marcia Griffiths of the I-Threes isn’t on this tour, so it’s just Rita Marley and Judy Mowatt as the I-Twos. Otherwise the Wailers are at full strength,
augmented by a trumpet-and-sax horn section. That makes ten musicians, but the sound is still quite lean and spare, avoiding the pratfall of creating an overblown, big band version of what ought to be an essentially minimalist sound. Marley’s imagination seems caught up with the new songs he has written, and he gave them his most careful and concentrated delivery. But some older material fared less well. The opening songs ‘Natural Mystic’ and ‘Them Belly Full’ were surprisingly lackluster, going by without any glory. But with ‘I Shot The Sheriff’ everyone woke up. Marley became that Lion spirit for a while, gesturing, testifying; a militant Rasta proclaiming the injustice of a world where the cards are stacked against you.
While the band lays down a steady groove, unhurried and compelling, Marley delivers his lines as what they are, a very personal and heartfelt meditation on the current state of play. With its reference to the attempt on Marley’s life, ‘Ambush In The Night’ is the song that brings the survival theme down to a personal level, and as such it’s a key song. Marley takes special care in articulating the lyrics. Many in the audience know the song and recognise its meaning. When Marley gets to the lines
“through the power of the Most High, we keep on surviving,” he is greeted by the first mass cheers of the night. The second occassion for cheers is when Marley puts down his guitar and shouts “Jah!” Usually this is a signal for Marley to start letting loose with his warrior stage dance, but in terms of physical expression, the performance remained relatively subdued. But the meanings of ‘One Drop’ and ‘Survival’ were well communicated, the conviction behind the songs unmistakable. ‘No Woman No Cry’ fares less well. It needs a more emotional reading, and Marley underplays it. ‘Jamming’ is better, serving as a dance number
and getting people on their feet. The Wailers even throw in a tight, muscular dub section while Marley does some fancy stepping. The band, like Marley, seemed to pick up interest on the new material and lag a bit on the old stuff. ‘Kinky Reggae’, for example, doesn’t really mash it up like it should. Some of the guitar solos from Junior Marvin are ordinary and dispensable. But the Barrett brothers’ rhythm section keeps
the syncopated swing going strong, and on the whole they are excellent. Near the end, ‘Zimbabwe’ comes forward as a powerful testimonial. This is where Marley’s vocal technique accomplishes its most delicate task, conveying that an essentially angry, revolutionary lyric is born out of feelings of concern and compassion. What Marley has sussed is that in these times he sometimes needs not to display and dazzle but to persuade and teach. Brother, you’re so right.
© Richard Grabel, 1979 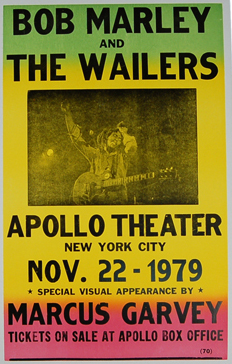 Thanks to all that have been a part of sharing this show, you know who you are.

Bob Marley And The Wailers 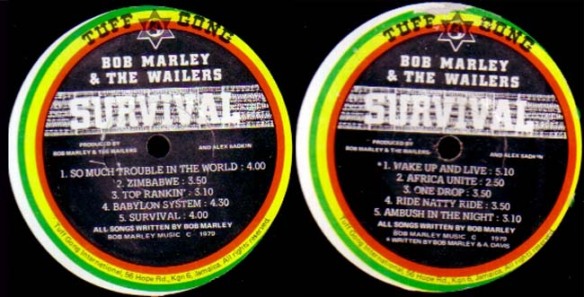 You can also download FLAC files from one of the shows on the main site Bob Marley Concerts.com 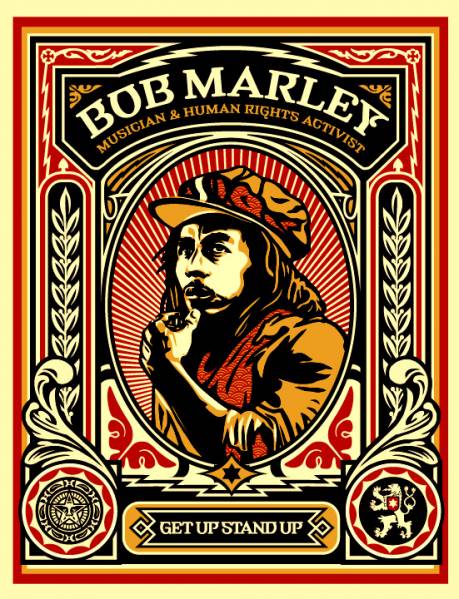